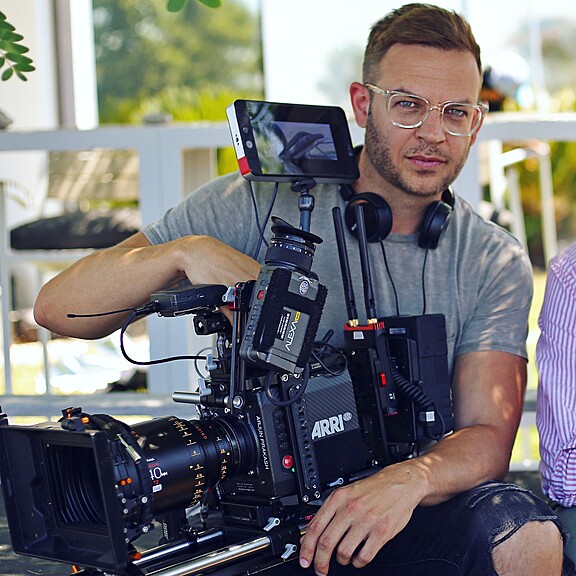 Between directing projects with various agencies and clients across the country, Austin continues to write and develop his screenplays. His priorities are aimed at cinematic commercials and feature film directing and executive producing.

Austin's love for sound and music comes from the collision of his musician father exposing him to world genres at an early age and his love for movies. In between projects, Austin also sound designs and radio produces.

Deck Hand Camera Rentals • 2 months ago.
All was great thanks Austin!
See More

Vincent Potalivo • 2 months ago.
Austin was an excellent renter. Took great care of my gear and was helpful coordinating pick up/drop off times.
See More

Before Infinity Productions • 8 months ago.
It was a pleasure working with Austin!
See More

Before Infinity Productions • 8 months ago.
Austin is a EXCELLENT to work with! Great communication, took care of our gear and really nice guy!
See More

Charles Bergquist • 8 months ago.
Great renter, picked up and dropped off on time and took great care of the camera. Thanks Austin, highly recommended to others.
See More

Spartan Cinema • 1 years ago.
It was great working with Austin, thank you for the smooth rental experience.
See More