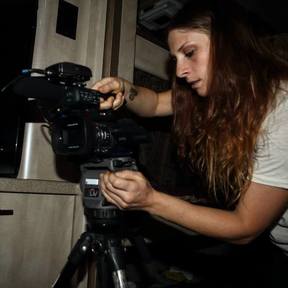 April Jones is a documentary filmmaker whose main body of work covers the underground heavy metal and punk rock music genres. While residing in Portland, OR she ran the public access series Slayed In Oregon. Her most recent work, the full length film The Mentors: Kings of Sleaze Rockumentary, was released in 2018.

During her initial years in the film industry, Jones launched her career by creating handmade props and scenic art, which led to set dressing and art directing many commercials and music videos. She has had the opportunity to work with various notable productions, such as, Portlandia, Little People Big World, Red Bull, Kleenex, Mazda, Google, Green Room, Intel Corp., and more.

Jones was awarded the TalNexus Unscripted Film Lab grant in early 2019. This grant will be supporting her upcoming project, a film that documents the do-it-yourself skateboard culture and the associated legal conflicts.

In addition to her filmmaking, her creativity takes on many art forms, including paintings, music, and skateboarding.

Drover • 2 years ago.
Great renter and communicator. Hope to work with April again in the future.
See More

Erick Crespo • 2 years ago.
April is very professional and easy to communicate with. She took amazing care of the gear, even charged the batteries upon return. Was a pleasure to do business with her. Cheers
See More 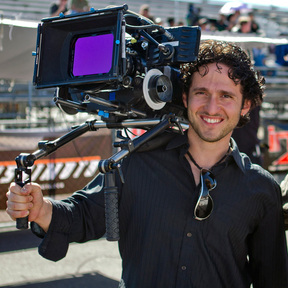