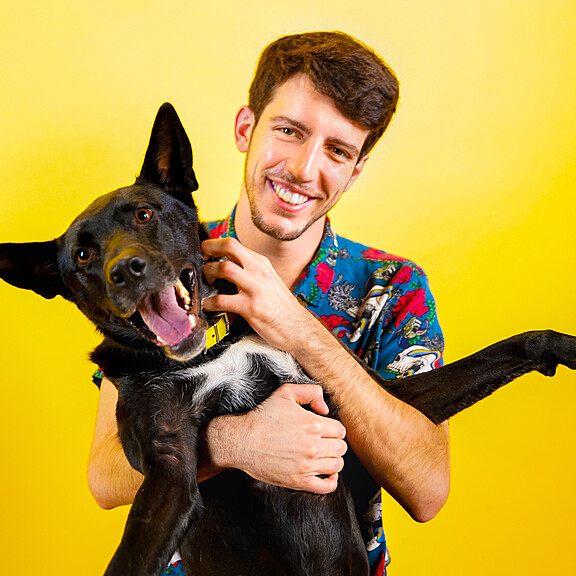 We are filmmakers with a passion for discovering unique ways to produce video content. Most of us have been good friends since high school, where we all took our first film classes. Honing in on solid film theory foundations, everyone in the group took to different styles and tastes. We worked together to brighten and enhance each other’s ideas and visions. Through this, we learned that collaboration is key to creating meaningful and impactful art.

Perros Callejeros was one of our biggest projects. A feature film about growing up in Miami that was shot on 16mm film. As this was our toughest shoot yet, every crew member became invested, which brought life to our work like we’d never seen. The crew on that production are Perros. Characters in our own story as filmmakers. Part of the team. With 8 years of production experience, we work with highly skilled film production freelancers to meet any needs of a production.

No matter how grand the idea, it’ll be a lot of fun. Our shoots always are.

Based in Miami, FL

Top Floor Films, LLC • 4 months ago.
Anthony communicated great and was on time with everything.
See More

Bridges Productions LLC • 6 months ago.
Our team strives to provide a full-value experience for our valued customers. Hence, we are delighted to know that we have fulfilled this commitment with the equipment that we have recommended and sent to you... and thanks in advance.
See More

CSP MEDIA GROUP LLC • 6 months ago.
Thanks Anthony! Great renter, let me know if you need anything for your next production.
See More

HTD Films, LLC DBA:RUUT • 1 years ago.
Anthony was super communicative and sweet. We are glad that everything worked out. This was a travel job but Anthony was super helpful and made me book with confidence. Would rent from him again!
See More

Tusk Film Rentals LLC • 1 years ago.
Anthony was great. He was timely and communicated well. Would rent to him anytime
See More