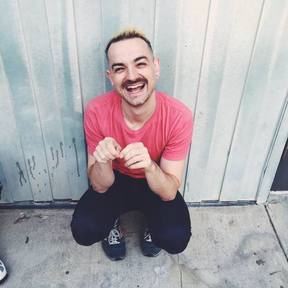 Andrew Lush is an artist and filmmaker from a small logging town in Washington State. For a decade he made motion graphics in Los Angeles, including theatrical bumpers that played before each Sundance Film Festival film in 2012, 2015, and 2016. During that time he also produced and edited short films like “The Men’s Room” which played at Outfest and won several awards including the Alternative Spirit Award at the Rhode Island International Film Festival. He recently completed several short films as part of his MFA in Film Directing at CalArts and completed a digital cinematography exchange at La Fémis in Paris. He is currently writing a feature about a person who falls in love with a ghost.