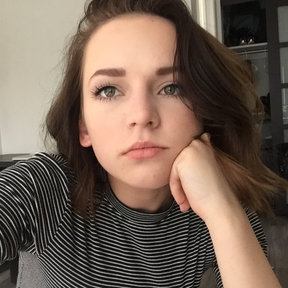 Alexis G. Zall is an actress, writer/performer across many platforms, with the backing of a strong social media following and a unique voice. Starting out as a competitive gymnast at age 2, Alexis spent most of her childhood in the gym until she was sidelined by an injury. An interest in acting was piqued during a school play, & she has not looked back.

FX bought a ½ hour dark comedy with Alexis attached and co-executive produce alongside Adaptive Studios & Principato-Young Entertainment. She was recently a contributing writer to the upcoming AT&T Fullscreen series GUILTY PARTY and played the fan favorite character of "Tess." She earned a Supporting Actress Daytime Emmy nomination for her role as "Bec" in the also Emmy nominated Go90 series ZAC & MIA and will return for season 2. Alexis starred in the Netflix original feature COIN HEIST, recurred on the Go90 series EMBEDS as the mischievous daughter of a presidential candidate previously guest starred in YouTube Red's anthology series 12 DEADLY DAYS. Other feature and television credits include MODERN FAMILY, OUIJA: ORIGIN OF EVIL, LAID IN AMERICA and LIKE SHARE FOLLOW.

Awesome renter, took great care of my gear - appreciate it!

great renter, we would happily rent to Alexis again in the future!

Great to work with!

Great renter, responsible and flexible. Would recommend to others!