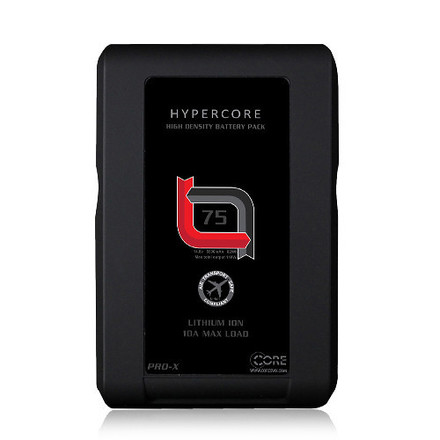 Retaining all the major features of the original HyperCore battery, the HyperCore Slim is simply a slimmer version intended for UAV and gimbal applications as well as any other application requiring a low-profile battery. Rated at 82Wh nominal, the HyperCore Slim is also TSA-friendly, falling under the 98Wh air travel limitations, and this is reinforced by the "Air Travel Compliant" logo on the front of the battery. The Core SWX HyperCore Slim RED (14.8V) is a V-mount version designed to RED's communication protocol. It'll deliver the exact percentage of remaining capacity to RED viewfinders/LCDs. The HyperCore cell is known for being able to handle 10A draws for extended periods without diminishing service life, so you can rely on the battery for a long time. Additionally, being such a workhorse, it's perfectly suitable for your RED Scarlet as well as Epic, Weapon, and generally, any other camera we can expect from RED in the future. However, being a about an inch slimmer than the average battery, it also provides the benefit of being able to clear most, if not all, gimbal rails. In addition to this advantage, the HyperCore Slim RED also offers 1,000 charge/discharge cycles, safety sensors, D-tap output, advanced hibernation feature, quick-glance 4-LED gauge on the side, and charge routine management, and an over-molded, rubberized housing that both protects against impacts as well as provides an ergonomic, non-slip handle. Based on a 25W load, the HyperCore Slim RED is estimated to run for approximately 3.2 hours. The hibernation feature was designed to minimize issues resulting from self-discharge, and preserve state of charge, leaving you making fewer trips to the charger. This feature consists of an accelerometer tied to a clocking algorithm that gauge inactivity and trigger a deep sleep after 48 hours of continuous non-use. However, upon the slightest movement, the battery comes back to life at maximum capacity. The HyperCore Slim RED will charge on your RED charger, as well as IDX, Sony, and Core SWX V-mount chargers, making it a very charger-compatible battery and allowing you to keep any compatible charger you may already own.
Read More 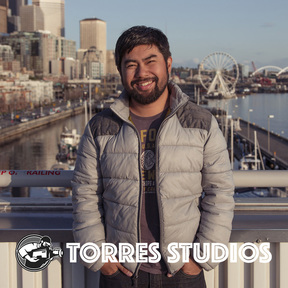