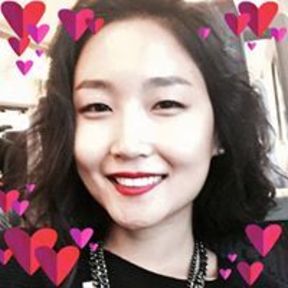 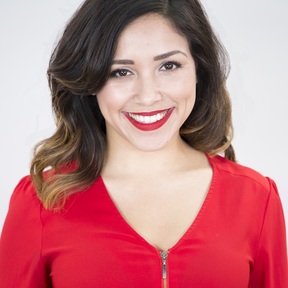 Elena Buenrostro
3 (100%)
Hi! I'm Elena, a video producer, director, social media guru and actress/host. Thanks for stopping by! As you browse around, you'll learn a little bit about me, my creative skills and how I can help you bring your creative ideas to life. Whether its through video production, social media management or you'd like some creative advice, you've come to the right place! Even if you're here to gain some creative inspiration or simply view some unique content, feel free to drop me a line, I'd love to hear what you have to say. Until then, thanks for being here and don't be a stranger! A Little More About Me... Since I was about four years old, I always enjoyed performing! Whether it was dancing at our family reunions, singing in a mariachi band, watching and acting in plays to hosting my own TV series, there is just something about performance that I love. After graduating college with a B.A. in Visual Arts & Theatre in 2011, I started my career as an educator teaching K-12 the video production process. I love teaching and its very rewarding, however, I still had a creative itch that was not being fulfilled. So, in 2013, I landed a job as a Producer, Writer and Host for my own travel show. I had the privilege of producing and hosting a nationally airing television show titled, Behind The Gates on WealthTV, where I toured some of the most luxurious properties around the world. I also featured classic car, luxury yacht shows and French castles to 20.5 million households across the nation, parts of the Caribbean and Asia. After my time as a producer in the TV industry, I decided I wanted to enmesh myself into the social media world where I believe the future of video lives. So, in 2014, I made a career move and started working for a San Diego social media start-up company called JumbleJoy.com. As their first Video Producer, I branded and built their video team and created over 300 viral DIY and cooking videos reaching a combined audience of over 100 million. As a result of my experience and passion for creating shareable videos, I have now developed a skill for managing social media accounts from Facebook, Instagram and Twitter for brands and companies looking to refresh their social media presence. Being behind the scenes is another passion of mine and as a self-taught video producer, I have made it a priority to understand all aspects of production. From my early work as a shooter and editor to my current position as a director and producer, my understanding of this process has helped me improve my work as a creative professional. In addition to hosting, producing and creating viral video content, I enjoy singing Karaoke, yoga, reading and improvising at local improv houses. I currently reside in San Francisco with my pup, @malbecthedoggy and continue my work as a Producer for Brit.Co.
Actor - Newscaster / Video Journalist
Videographer
Editor
Drone Operator / UAV Pilot