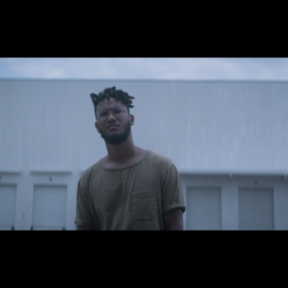 Zac Manuel is a New Orleans bred-and-based filmmaker whose work in film and music video has been exhibited at festivals and on platforms around the world. His work intends to combat classism within Black American culture by highlighting both similarities and discrepancies between Black and Brown peoples at the intersection of politics and social psychologies. As cinematographer, his credits include Cover Me (Rotterdam International Film Festival; Prospect 3, New Orleans), Like (Field of Vision, SXSW) and Alone (New York Times OpDocs, Sundance 2017 Jury Award Winner, Best Non-Fiction Short). As director, Zac’s films In The Garden, The Clock, Thelema, and Painted Lady have played in competition in festivals worldwide. His work has appeared on The New York Times, The Washington Post, MTV, Rolling Stone, Paper Magazine, Billboard, Stereogum, and Pitchfork. His current documentary feature, Bloodthicker (Tribeca All Access 2017, IFP Doc Labs 2018), is an exploration of a New Orleans rap community seen through the eyes of three friends and artists whose fathers were Southern rap legends (https://www.zacmanuel.com/bloodthicker/).

Based in New Orleans