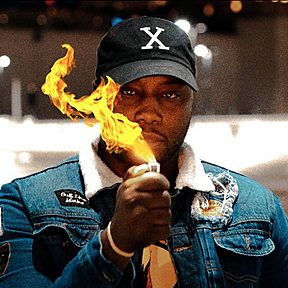 Vendor Delivery - The vendor will deliver to you for a mutually agreed fee.
Technician - An experienced individual will be available to aid in the preparation of the equipment, answer technical questions and provide advice.

Davidson Hyacinthe is a production expert with over 10 years of real world experience. Originally a part of Radaint 3, Deshawn worked along side RITE media group. Deshawn is also known by his filmmaker and directing name Hyacinthe X. With a background in Electrical engineering the techniques Deshawn learned helped him become a solution oriented collaborator, bringing values and constantly solving problems. He has worked with top brands and musicians such as Turner Broadcast, B.E.T. VIACOM, REVOLT, Soso def, Usher, Future, Will smith, nick cannon and Maybach Music group. Also festivals such as a3c, One music fest, and Midtown music festival. Brands Deshawn has work with include Reebok, Nike , Aebl Hoops, Stella Artois , Millionaire master mind, Ladies who brunch atl , Wildin’ Out and Powerwomensweat.

Great renter over all!

Awesome renter over all!