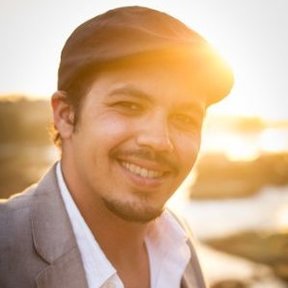 Thierry Denis is an award-winning Filmmaker, Producer and Director. Born and raise in Paris, France, Thierry moved to the US to follow a girl who later became his wife. He fell in love with California and now resides in sunny San Diego, where he runs Helium Films USA, a full service video production company. When he is not behind the camera or writing a new film, you can find Thierry making sand castles with his daughter at the park down the street.

Chuck Adams • 3 months ago.
Thierry was a solid pick. Amidst an unexpected family emergency he still made sure to get me the rental, and was very communicative through the whole process. He's someone I plan to rent from in the future and would recommend!
See More

Garrett Seamans • 2 years ago.
Everything went as planned and he was very responsive.
See More

Carrie Ainsworth • 4 years ago.
Fantastic and so helpful. Thanks so much for the rental
See More

Gregory Nicolayeff • 4 years ago.
Lenses were in excellent condition! Pick up and drop off were a breeze! Would definitely rent from him again!
See More

1Post, Inc • 5 years ago.
Thierry’s team treated the lenses well and they came back on time and in perfect condition.
See More