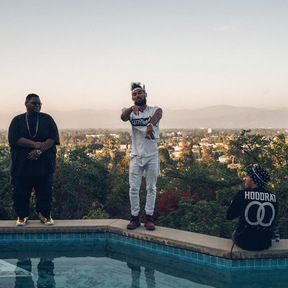 Hailing from Miami Florida, the songwriting and music production group, The Track Burnaz is destined for greatness. After meeting each other in high school, the trio (JB, Ruben Raymond, Briggs) came together as a team in 2008 and have since collaborated with a list of artists and producers including Big Sean, Future, Rodney "Darkchild" Jerkins, Detail, Steph Lecor and many more. Now based in Los Angeles, The Track Burnaz are carving their own lane by releasing music as a group which started with their first project, MIA 2 LAX, and now Glory, their debut LP.