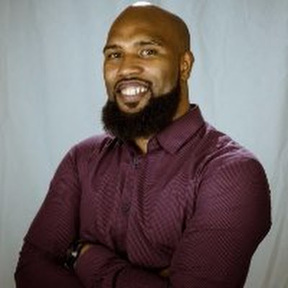 I currently own La Create Space in Inglewood California which is a creative coworking and production space. We produce digital content, shows, podcast and host various types of shoots and events.

I've been holding off on writing this review for a few days because it's my second negative review ever on ShareGrid and I don't want to impede anyone chances of renting gear again, but at the same time I feel I owe the community my honest opinion so I will simply report what I experienced and explain why this prompted me to leave this negative review.

It all comes down to a lack of care and communication.

There was a slight delay in pickup, with no explanation, which put me on alert. For the return, I reached out to arrange a time but couldn’t get a response. Noon came and went. I called, texted and communicated through ShareGrid, all to no avail.

At 6 PM I had to leave the office so I extended the rental for one more day to make sure I had insurance coverage, but still no word from Terell. At this point I was concerned he had simply taken the gear and vanished.

The next morning, I reached out again and this time I got a response. Terell said his wife would return the gear on her lunch break.

But again, lunch came and went with no return and no communication. I let Terell know I would be available until 5:30 or later, but that I would not be able to wait that long before extending the rental yet another day. These lights were meant to be prepped for another shoot and due to go out that afternoon.

Just before 4 PM he said his wife was nearby and he was just waiting for a response from her. Then she called me directly and said tomorrow would be better.

I tried to extend the rental yet another day, but the payment was refused for insufficient funds. As soon as I had tried that and informed Terell to rectify this, his wife called me back and said she was now on her way over.

I finally got the gear back, a day and a half later than agreed, and, to no real surprise, when I opened the case everything was in a complete mess.

I leave laminated cards in nearly all my gear so it’s very easy to see exactly where things should be put back, but clearly no one cared about this gear but rather just shoved it back in the case and slammed it shut.

I informed Terell of this and, of course, got no response whatsoever. Communication is clearly not his strong suite…

Long story short, for all these reasons I am now — for the second time in five years — leaving a negative review.

I hope Terell changes his ways and that this experience teaches him to look after people’s gear a bit better, and to communicate more effectively with the people he is renting from.