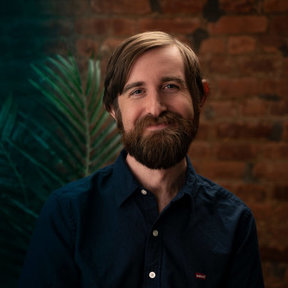 Taylor Washington is a director, cinematographer and Hawaiian shirt enthusiast based in Brooklyn, New York. Hailing from Austin, TX, Taylor comes from a music video background where he has directed 50+ videos across the United States for artists like Marian Hill, Cautious Clay and Of Montreal. In the commercial world, he's worked on content projects for clients ranging from Chase, to Southwest Airlines to Netflix.

Taylor's appetite for travel has always directly influenced his work - he's worked in and visited 24 states and 14 countries. Currently, Taylor is a co-founder of Pan Up Productions in New York, and is represented by Threaded Pictures in Dallas, TX.

He's also a pretty cool guy; you would probably be friends.

No concerns, rental went smoothly! Thanks!

Everything smooth as usual, thanks Taylor!

great as always! thanks

it was easy and smooth. Thanks!

Taylor was great! I was really in a pinch and needed to rent these lenses a day before our shoot! He was very responsive, communicative and flexible. I would definitely rent form Taylor again!

Taylor is a very talented filmmaker and was great to rent from on Sharegrid. The gear was as new, you can tell when someone takes great care of their equipment. I will rent again from him for sure.