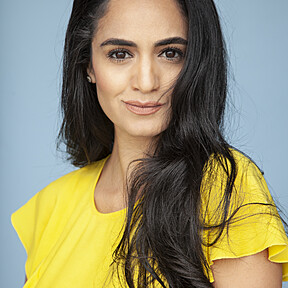 Sepideh Haftgoli Loong holds a law degree, with an emphasis in entertainment law, and has worked in the Hollywood entertainment industry for 15 years. Having worked for Richard Lovett, President of CAA, and various production companies, she has extensive knowledge in the film, TV & live production space. She has worked in various capacities on films such as RAMPART starring Woody Harrelson, MAX ROSE starring Jerry Lewis, the TV special RONALDO VS. MESSI, Eva Longoria’s VERSUS: Lady Goal and STYLE QUEENS just to name a few. She currently runs her own production company, Fade to Light productions.