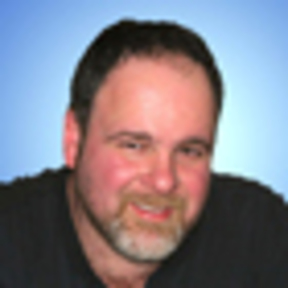 Robert Veach was born on June 15, 1959 in Chicago, Illinois, USA. He has been married to Judy Veach since June 15, 1990. They have one son together, Stephen T. Veach. Robert has three siblings, a brother Stephen F. Veach, and sisters Peggy Brendel and Rose Scholefield. Robert has had an interest in everything electrical or mechanical since he was a young boy, and he has reverse engineered hundreds of devices to learn how they operate, and often times to improve them.

Robert pursued electrical engineering and computer science in college and holds BSEE from DeVry University of Chicago. He also pursued master level coursework at IIT and DePaul University of Chicago. Robert has a love for Halloween, and in 1997 he and his brother Stephen invented a low-cost approach to control robots using audio animatronics. They developed a custom built, computer controlled robotic show (including seven life-sized characters) called "The Jefferson Graveyard," which became a Halloween tradition for his family and thousands of Chicagoland fans over the years. It has been featured on numerous television news programs and in newspapers annually, since it started. The most recent interview about this show was aired on October, 2015, on a WYCC Channel 20 program called "In the Loop."

Robert has developed movie and television props including custom animatronics. He has developed mechanical and special effects and served as an actor and once as an associate producer on several Indie movies. Some of Robert's custom props were used on an episode of Conspiracy, from the History channel. Robert has also participated in voice over character work for Unimatrix Productions of Chicago.

One of Robert's latest interests is in the field of Paranormal -- specifically finding ways to prove or disprove unusual phenomena. He formed a paranormal group in 2011 called Vparanormal (www.Vparanormal.com). The team consists of brother-in-law Art Brendel, son Stephen T. Veach, brother Stephen F. Veach and father-in-law Dr. Walter L. Tuchman. Robert has invented numerous "one of a kind" custom paranormal research devices that have been utilized on several of the group's investigations. Robert was recently asked to be involved with a national television show called "Ghost Asylum" on the Destination America channel. Robert brought three of his latest paranormal inventions to the Tennessee Wraith Chasers (TWC) team. He and his equipment were featured on the "Bissman Building" episode, which was filmed in Mansfield, Ohio. This national television show aired on December 6, 2015.