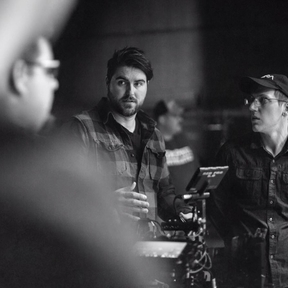 Robert Patrick Stern. Cinematographer, producer, and self-proclaimed cinephile, Stern has dedicated his life to shooting professionally for over nine years. Photographing everything commercial (Chevy Blackhawks) to docu-series (HBO's THE SHOP, CNN's Chicagoland) has not satisfied his growing hunger for the visual medium. Translating multiple narratives into feature films has launched Robert onto solid ground, but the chase for a lifelong career in the industry has just begun. With this in mind, Robert launched The Line Film Company with fellow production designer Sarah Sharp. The two have also produced such features as Tony Wash's 'The Rake', Stephen Summers' 'The Glass House', and Adam Krause's viral sensation 'GAGS'. Robert also has found success on the festival circuit with the short film 'The Muck' which led him to SXSW ('14) and Jill Sixx's 'The Stylist' to Fantasia ('16) as well as Fantastic Fest ('16). Very promising upcoming projects include David Tolchinsky's 'Cassandra' and operating on A24's recent release 'SLICE'.