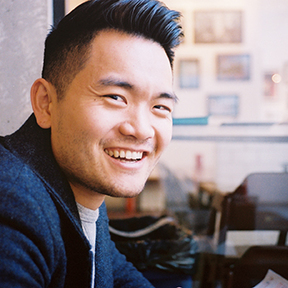 Robert M. Lee is the creator of the comedic web series "Low Key," which he also wrote, directed, and starred in. He played the title role in the short film "Marc Chung Protects His Address," which has been nominated for and won a number of Best Actor, Best Film, Best Comedy, and Audience awards at multiple film festivals including the D.G.A. Awards and the Valley Film Festival. He also played Ryu in Jordan Harrison's play "Maple and Vine" directed by Circle Rep's Mark Ramont, and his performance was regarded as "exemplary" and "laudable" by BroadwayWorld and BroadwayStars.

Along with acting and filmmaking, Robert spends his time making rap music, through which he has performed for various charities for Uganda, AIDS awareness, and more. He won the People's Choice Award for Kollaboration's Hip Hop Night at the Ford Amphitheater.

Robert grew up in Cerritos, CA and graduated from UC Berkeley, during which he trained in acting at A.C.T. and the Berkeley Repertory Theatre.