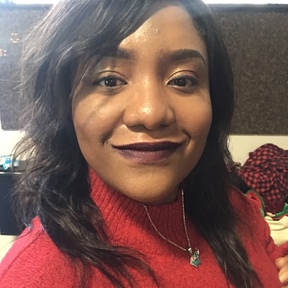 Ramona Meadors is a screenwriter, producer, and actress from Chicago, IL.

She's been a news producer since 2017, when she graduated from Columbia College Chicago with her master's in Journalism. She moved to Atlanta in April 2019 to pursue film and is currently working on multiple scripted shows and short films as a writer, producer, and director.

When she is not on set, Ramona still produces news at 11Alive and is also a script and magazine editor. She's great at networking and hopes to solidify her presence in Atlanta's bustling film industry.