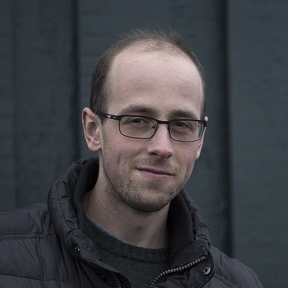 Peter Mackie is an award-winning writer-director based in Los Angeles. His films have screened at LA Shorts Fest, HollyShorts, Cannes Court Métrage, Minneapolis-St Paul Int'l Film Festival, Montana Int'l Film Festival, Wisconsin Film Festival, Hamilton Film Festival, Brooklyn Shorts, Athens Int'l Film Festival in Greece, and Cine Gear Expo, among others. His film, "Sergey's Fortune," won the Grand Prize at the 2019 Short Film Slam in Baltimore, and currently has over 250,000 views on Omeleto. His films have been featured on Film Shortage, Ain't It Cool News, and Reel-13 Shorts (PBS-NYC). His latest film, "Tank Commander," a drama about a couple living together during quarantine, was shot over four months during the lockdown in 2020, with no crew or budget.

Abstraction Media • 2 years ago.
Awesome renter, thanks for taking care of our gear!!!
See More

Hunter Moranville • 2 years ago.
Peter was very communicative, easy to coordinate with & took great care of the gear! Thanks again!
See More

Ryan Elwell • 2 years ago.
Peter was very easy going and a pleasure to rent to. He kept very good care of my gear. I would definitely rent to him again.
See More

Bryan Harris • 2 years ago.
The rents with Peter went great and he took great care of the light! A+
See More

Bryant Tseswanstrom • 2 years ago.
Easy to work with, stuff came back in perfect condition and Peter is super friendly. Would absolutely rent to again.
See More

Justin Riley • 2 years ago.
Was a pleasure selling my lights to Peter, great convo with him
See More