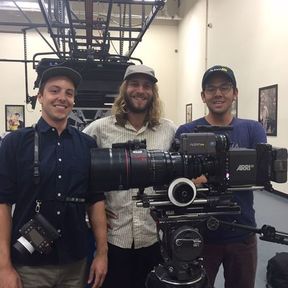 Michael Swaigen has approached a wide range of narratives, commercials, documentaries, branded content, and music videos. Coming from a background in editing, Michael emphasizes the importance of preparing a film so that it will not only be visually striking, but will also cut together as a cohesive work of art. With this in mind, he concentrates his energy on grasping directors' visions, steadfastly collaborating with them from early on in pre-production until the final cut.

In 2014, Michael received the annual ARRI Volker Bahnemann Award for Cinematography based on his recent body of work.

"The Volker Bahnemann Award was established in honor and recognition of Volker Bahnemann’s half century of service to the filmmaking community. The grant is funded by ARRI, and was set up to inspire future generations of cinematographers." - ARRI

Michael Swaigen is currently in development and production on various projects worldwide.