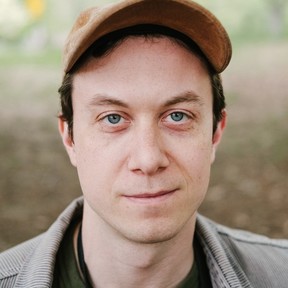 Michael Barringer is a filmmaker, educator, and programmer living in Brooklyn.

Commercially, he has shot and edited video content in a wide variety of styles for clients such as Visa, Pop Tarts, Five Guys, Stub Hub, Aflac, Audible, and more. In addition, he has freelanced at a number of agencies including Decoded, Interrogate, Red Antler, MRY, and Devito/Verdi.

As a writer/director, he focuses on character-driven narratives that both explore and explode genre conventions. "Backsiders" (writer/DP/producer), a short film supported by a residency from Barn Arts Collective, was featured on NoBudge and nominated Best LGBTQ Film at the 2019 Queens World Film Festival. "The Entitlement" (cinematographer) was awarded Best Feature Screenplay and Best Crime Drama at the 2018 Manhattan Film Festival, and was an official selection of that year's Indie Street Film Festival. He directed the proof-of-concept for the web-series, "Cloister F*cked," whose creators, Ryann Weir and Claire Rothrock, were selected for the 2018 Sundance YouTube New Voices Lab.

He teaches screenwriting and production at ESRA International Film School in New York City, is the narrative-short programmer at Brooklyn Film Festival, and he is pursuing an MFA in directing at the Feirstein Graduate School of Cinema at Brooklyn College.

John Campbell • 1 years ago.
Michael was a great renter! Communicative, friendly, on time for both the pickup and drop-off. Gear was packed well on return. Would gladly trust him renting any equipment. Thanks!
See More

Marco Andre • 3 years ago.
Great work all around! Rental was spot on.
See More