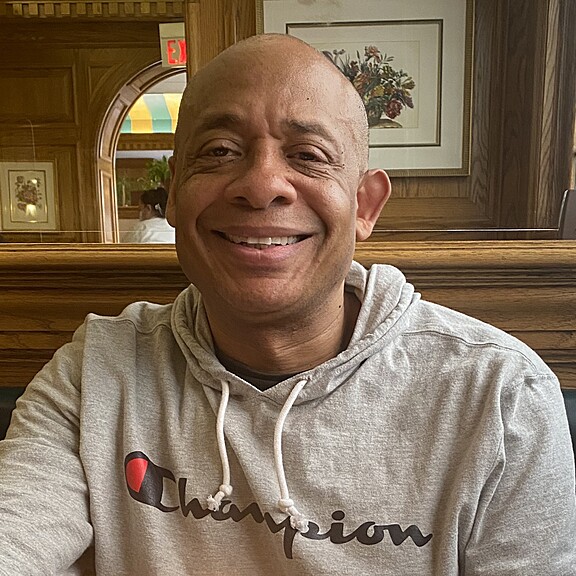 I'm the founder of Funny Since 1985 Productions, a 30-year veteran in stand-up as a performer, writer, producer and instructor. My passion and talent for comedic writing was channeled as staff writer for The Arsenio Hall Show and freelance writing gigs for:

The Tonight Show with Jay Leno

As a stand-up performer, I"Ve opened for Chicago, Gladys Knight and Smokey Robinson and have appeared on A&E's An Evening at the Improv and numerous times on the Bob and Tom Show. I was a regular performer at Zanies Comedy Clubs, The Improv, and The Laugh Factory, to name a few.

I've taught stand-up comedy at The Improv, The Annoyance Theater, The Chicago Portfolio School, and Energy BBDO. I produced a short film for Zanies Comedy Club’s 40th anniversary, and am the director and executive producer of a stand-up comedy documentary titled: Laugh Till You’re Winded.