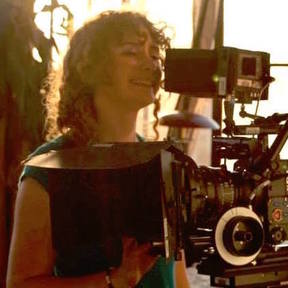 Melody Miller is a cinematographer and documentary filmmaker. She graduated from UCLA School of Theater, Film, and Television and has since won various film awards nationwide including The Motion Picture Association of America Award, Women in Film Award, and the Loreen Arbus Cinematography Award. Melody is a competent leader and has over a decade of experience working as a cinematographer with professional crews. She has also worked as a first assistant camera for CBS, ESPN, and NBC in addition to many features and narratives. And she is PADI certified deep ocean advanced diver as well as a certified Small Aviation Camera Operator.

Melody was great to rent to as usual. Prompt, took great care of gear. Happy to rent to her anytime.

Melody was a great renter! Hope to see her again soon :)

Melody was a pleasure to work with. Prompt, took great care of gear. Happy to rent to her anytime!

Renting with Melody was a fantastic experience. She was really easy to work with to find a drop off/pick up location and she took excellent care of my gear as well. Hope to rent to her again!