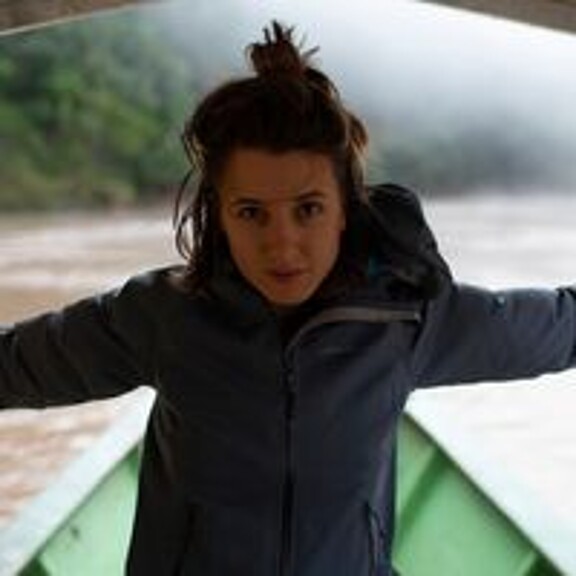 Melissa Lesh is an award-winning director, editor and cinematographer. In 2014 she founded Emerging Earth Films as a way to bridge the arts and sciences, focusing on natural history and conservation stories. Partnering with National Geographic, she is the director and editor of PERSON OF THE FOREST, a short film depicting newly discovered cultural behaviors in wild orangutans. Since the film’s premiere it has screened at over 35 festivals, viewed more than a million times via National Geographic online platforms and has received a Vimeo Staff Pick. More recently, Lesh has contributed cinematography to the feature length film THE STORY OF PLASTIC which aired on Discovery for Earth Day 2020 and is currently filming for Bootstraps, a Kartemquin supported documentary series highlighting income inequality in America. Additionally, she has filmed for clients such as PBS, National Geographic Magazine, Nat Geo Wild and the US Fish and Wildlife Service. Lesh is currently co-directing and producing a feature-length documentary film supported by the Sundance Institute Documentary Film Program and Science Sandbox. Born in Mumbai, India and having grown up in Madison, Wisconsin, she now calls Richmond, Virginia home. See more of her work at www.emergingearthfilms.com