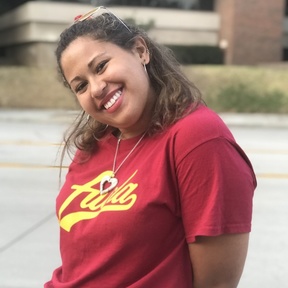 Mattie is a filmmaker, playwright, and comedian from Baltimore, Maryland. Mattie grew up with a single mom, attended an all-girls school, is an Ovarian cancer survivor, has been to 19 Hootie and the Blowfish concerts and counting, and has torn close every ligament in her left knee...exciting!

She is working to receive her BFA in Film and Television Production from the University of Southern California, School of Cinematic Arts. Mattie is currently a general production intern on The Tonight Show Starring Jimmy Fallon. She recently completed a semester in London at the Queen Mary University of London. In the fall she completed her Junior thesis film titled, "Coconut Creamed".

Mattie has written for and hosted shows on Trojan Vision, USC’s professional grade television station. She is a member and former head of video production for The Suspenders, USC’s premier sketch comedy troupe. Next fall, Mattie will serve as co-director of the troupe. Outside of writing and creating videos for class and her troupe, Mattie enjoys creating and directing short films: documentaries, dramas, mockumentaries, and comedies. Mattie writes pages of stand up material and feels determined to one day actually do something with it.