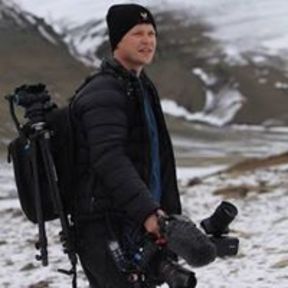 Matthew is an award-winning filmmaker and cinematographer with an MFA from the University of Texas at Austin. In 2016 he received the Antarctic Service Medal from the United States congress when he was commissioned by the National Science Foundation to travel to the Antarctic Peninsula to film a paleontological expedition. He currently has a documentary screening at the Carnegie Museum of Natural History about the evolution of dinosaurs in Antarctica and the paleontological process in extreme climates. Matthew focuses on documentary films that explore the evolution of tradition, individual and national identity, and unseen processes. He is currently finishing his feature documentary film, Dokdo: Lone Island which covers the disputed sovereignty over Dokdo, an island that has been one of the greatest points of contention between South Korea and Japan since the end of WWII.