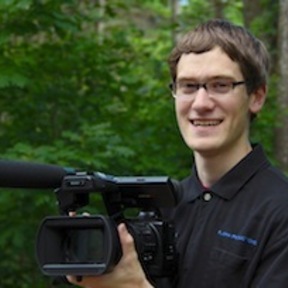 Matthew Elton is a freelance cinematographer and owner of Plasma Productions, a video production business based in upstate New York. He holds a bachelor's degree in Film and Media Arts from Messiah College, and also studied photography and cinematography at Temple University in Philadelphia.

Matthew Elton specializes in documentary, music video, and commercial video production. He worked as Director of Photography on the feature documentary "The 46ers". He has also worked on several short films.

Matthew Elton is a certified Steadicam operator and has experience with both 16mm film cameras (Aaton A-Minima, Bolex) and a wide variety of digital camera systems including the RED One, Canon C100, Panasonic AF100, Sony EX1, and Canon 5D Mark II.