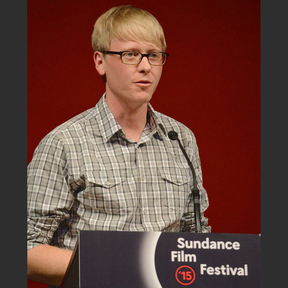 Matt Porwoll is an Emmy® award-winning cinematographer based in New York. His work has screened theatrically, appeared on TV networks such as SHOWTIME, HBO, CNN, A&E, and PBS, as well as online outlets including Vogue, Glamour, Wired, Teen Vogue and W Magazine. Matt was the series cinematographer on Showtime's "The Trade," a 5-part documentary series about the opioid epidemic. The feature documentary "Cartel Land", which Matt shot and co-produced, won Best Cinematography awards at the 2015 Sundance Film Festival, 2016 Cinema Eye Honors, and 2016 Primetime Emmys®. The film was also nominated for an Academy Award® for Best Documentary Feature. Porwoll has served as an additional cinematographer on numerous other films including "Escape Fire: The Fight to Rescue American Healthcare," directed by Academy Award®-nominated director Matthew Heineman, HBO's Emmy®-nominated "By the People: The Election of Barack Obama," and HBO's "Crisis Hotline: Veterans Press 1," which won the 2015 Academy Award® for Best Documentary Short.

Matt's gear was in perfect condition. Pick up and drop off was very easy and convenient.