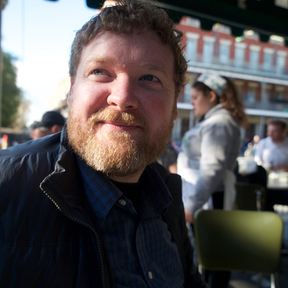 Matt is an editor and filmmaker from Los Angeles. His most recent film, "Wakefield" starring Bryan Cranston and Jennifer Garner premiered at Telluride in 2016. His previous film, "Last Days in the Desert" directed by Rodrigo Garcia and starring Ewan McGregor, was lensed by legendary director of photography Emmanuel Lubezki and premiered at Sundance in 2015. Matt also co-edited Garcia’s gender-bending drama ”Albert Nobbs" starring Glenn Close, which was nominated for three Academy Awards. Other editing credits include the recent IFC release “5 to 7" directed by Victor Levin which premiered at the 2014 Tribeca Film Festival and "The Face of Love" starring Ed Harris, Annette Bening, and Robin Williams. As an assistant editor he has contributed to several feature films including "Hope Springs”(Sony), "Paranormal Activity 2" (Paramount), "He’s Just Not That Into You" (WB/New Line), “Killers" (Lionsgate), "The Great Buck Howard" (Playtone) and he served in the editorial departments of Universal’s "The Perfect Man" and "In Good Company". Matt also produced and directed the cinéma vérité documentary "The Pride of Broken Arrow." A Georgia native, he now resides in the cozy L.A. neighborhood of Atwater Village where he enjoys the city’s best breakfast burritos at "Tacos Villa Corona."