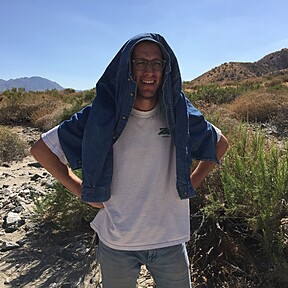 Matt is a filmmaker from Toronto who lives and works in Los Angeles.

His independent pilot LOVE'S A BITCH screened at the New York TV Festival, and his short film FLAGPOLE was a Finalist for the Student Academy Awards. His shorts HASTA LA VISTA and TIGHT SPOT are also Vimeo Staff Picks.

As a director, he has worked on shows and sketches for MTV, CollegeHumor, Fullscreen, and Refinery29. He has also directed commercials and branded content for REI, Postmates, Toyota, Stuart Weitzman, Sephora, and Intel (as well as some totally real spots for Amazon and Venmo that are definitely not fake).

His latest short, FATHER FIGURINE, was a recipient of the SHIFT Creative Fund and was featured on Short of the Week, NoBudge, Director’s Notes and Film Shortage.