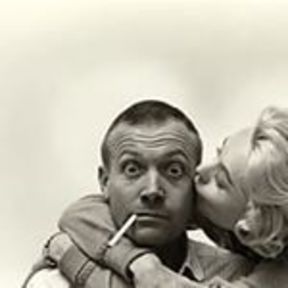 Mark Shaw is best known for his photographs of Jacqueline and John F. Kennedy, which he shot originally for LIFE magazine and later as the Kennedys’ “unofficial” family photographer. But Mark Shaw was first and foremost a Fashion and Advertising photographer whose freelance assignments for LIFE magazine had him photographing some of the most notable celebrities of the 1950’s. Shaw began working as a freelancer for LIFE in 1952. In his 16 years with the magazine, he shot 27 covers, and more than 100 stories which included the magazine’s annual review of the European fashion collections.

As a leading fashion photographer, Shaw also worked for McCalls, Ladies Home Journal and a host of other publications. He was one of the first photographers to use color when shooting the runways and “backstage” at the couture shows. In October of 2013 Rizzoli published Dior, Glamour, Mark Shaw which showcases the wonderful images of Dior Fashions that Mark Shaw photographed for LIFE between 1952 and 1962. Mark Shaw worked in both print and film until his untimely death in 1969 at the age of 47. After his death, most of his work was hastily put into storage. All but a small number of photographs remained unseen for over 40 years. In 1996 Shaw’s only child, David Shaw, and David’s wife, Juliet Cuming, founded The Mark Shaw Photographic Archive.

The purpose of the Mark Shaw Photographic Archive is to preserve and promote the work of Mark Shaw through a variety of approaches, including: print sales, licensing projects, books, and exhibitions.