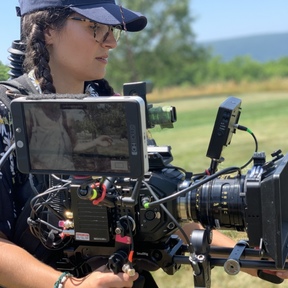 Marine graduated in Cinematography major in 2014 from ESRA Film School in Paris, France. She started her career as a cinematographer on short movies and music videos in Paris. She then decided to move to New York and get back to school for a one-year film program at Stonestreet Studio, where she had the opportunity to write and direct her first short movie, “The Origami Swan”. This successful experience confirmed her choice to be a director and a cinematographer.

Greg Mezey • 3 years ago.
Everything came back exactly as it went out. Easy transaction
See More

Alex Stikich • 3 years ago.
Great rental. Marine was great to communicate with and took care of the gear.
See More