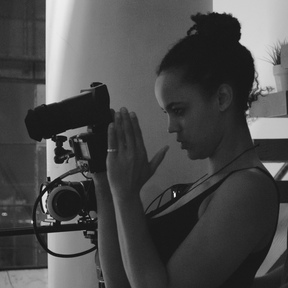 Maria Sten is a native of Denmark who moved to the US when she was 18 years old to pursue a career in the Arts. She has since made a career for herself as a professional dancer and model, and also holds the title of Miss Denmark 2008.

Maria embarked on her career in acting and has since expanded the role of storyteller to screenwriting and producing.

She debuted her first short - which she wrote, directed, produced and starred in - at Uptown Short Film Festival and LA Shorts Fest 2016.

Being of Danish/Swedish/Congolese ethnicity, Maria embraces her diversity and uses it to always seek a new perspective in the art of storytelling.

Maria Sten’s passion lies in what she calls “stories that matter”; giving voice to important issues and promoting diversity in filmmaking, particularly for women in film and people of diverse ethnic backgrounds, on and behind the camera.