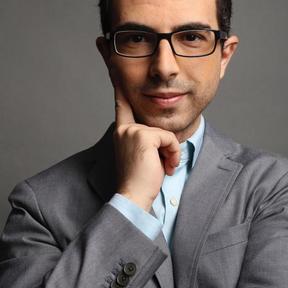 Named in VARIETY as one of the top up-and-coming filmmakers who represents the future of film, media and entertainment, Marco Bottiglieri has directed and produced hundreds of nationally acclaimed films, commercials, and music videos since he was 15.

At 23, Marco completed his first directorial feature film titled “Color Me You” which is available on AMAZON PRIME, iTUNES and more. He is now currently in production on the film “The Chainsaw Artist” featuring Scott Eastwood and Clint Eastwood and is also in development on other feature films such as “Homeward” and “Time Jump: The Mysterious Flight”. Marco has shot and directed numerous stars including Clint Eastwood, Sam Elliott, Titus Welliber, Scott Eastwood, Allison Eastwood, Tom Arnold, Kobe Bryant, Buck Taylor, Stephen Bishop and William Shatner.

While directing is Marco’s first passion, he is also skilled as a director of photography and has worked as a cinematographer on projects including James Franco’s “Undergrads South”, and music videos featuring artists from The Voice. Marco has also shot numerous feature films that have been screened internationally and featured on talk shows such as the “Steve Harvey Show”.

Marco’s success has gained him recognition at SXSW International Film Festival, Dallas AFI Film Festival, the Los Angeles Movie Awards, and the Las Vegas Film Festival to name a few. His mission is to continuously improve his skills to think like a producer but create like a director; his passion for storytelling drives him to create products on a level of Hollywood professionalism, and to run his cast, crew & sets with that same quality.

Y.J. Gold • 1 month ago.
Great renter. Thanks for taking care of the gear!
See More

Michael Cox • 11 months ago.
Everything went smoothly, thanks for renting!
See More

Hugo Will • 11 months ago.
Everything went well. Thanks
See More