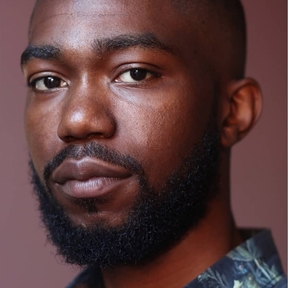 Beginning his film career, with his best friend shooting music videos on a Canon T3i he took an immediate liking to the world of cinematography. With hopes of transforming a hobby into a career, he began taking on production assistant gigs until landing a position as Video Production Technician at National Geographic Society in 2013. There he learned the minute details in video production including everything, from assembling 7 camera equipment packages to cinematic lighting working in studios with Natgeo's best Photographers and Cinematographers. Malcolm joined The Post in 2017 as a video technician and immediately showed how gifted he is as a videographer, working with lights and lenses to get the most out of a shoot or an interview subject. He has worked on many notable projects, including the launch of the ‘Hate Mail’ franchise and the beautiful collaborative project, ‘This is Your Brain on Art.’. He also assisted in the designing of the equipment room, inventory purchases and current rental system. Showing promise he was shortly promoted to Videographer/Editor for the papers Creative video department. He now works as director of photography on Amazon Series "How to be a Journalist" and "Food Hacks With Mary Beth Albright".

Malcolm was prompt, professional and returned the gear the same way it went out. Thumbs up!

Great communication and straightforward rental. Will gladly rent to again!

Malcolm's awesome! He kept great care of the equipment and communicated well

Owns Nanlite Forza 500 with Fresnel and Barndoors plus stand

I had to extend this rental more than a week over the original drop off date. Malcolm did not respond until I asked Sharegrid to contact him for me. I didn't get the device back until a few days later, after a few more attempts to get him to return. I had another renter who booked this same rental which I had to buy a cable for (luckily I had another device) and Malcolm did reimburse me for this cable, and he did pay for the extra days the device was still out. I will put positive, but having to extend the rental past a week without letting me know does alarm me to not rent to him again.

thanks for everything man!