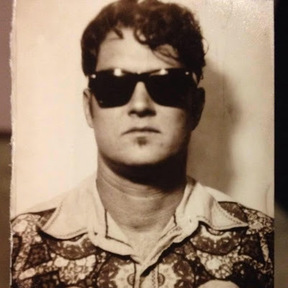 Luke Judd is a postpartum premortem artist based out of Oakland, CA. As an A.D.D. only child, born and raised on a dead end rural road in California's Gold Country, Luke learned to entertain himself at an early age. As a child he would often direct his own experience, focusing and unfocusing his eyes as he told stories in his head. Long before he would touch his first camera, Luke was framing and reframing the world. The act of play is still at the heart of his work. A self professed master of none, Luke tries to find the red thread between mediums and modalities, focused on the connection between rather than perfection of any given element. He uses 2D animations on 3D surfaces to create depth rather than vice versa and works mostly in the medium of light, whether it's capturing, creating or throwing it across space to best serve an environment or experience. His methods entice an extra sensory perception, providing a backdrop to memory to create fully immersive visual experiences. Luke has worked with hundreds of music acts in his 10+ years in the Bay Area including Shannon and the Clams, The Coup, Go Dark, Two Gallants, Oakland Symphony, Sh8peshifter, Tune-yards and many more.