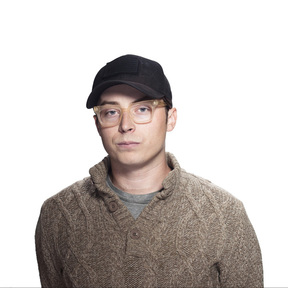 Luke Boelitz is a freelance photographer and filmmaker based in Brooklyn.

He worked as a staff producer at Reel Peak Films from 2014-2017. During that time he served as Associate Producer on the company's feature documentary Trophy (2017) and worked on the Webby Award-winning, Emmy-nominated documentary series A Year In Space with TIME Magazine.

Brothers of Climbing, a short documentary he produced for REI, was selected as a Vimeo Staff Pick and has garnered over 2.3 million views since its release.

Behind the lens he’s shot drone aerials for Toyota commercials and operated camera gimbals for clients including Ferrari and Dalmore Whiskey.

Prior to joining Reel Peak, he worked as a photojournalist for the Mail and Guardian newspaper in Johannesburg, South Africa and as a professional boatbuilder in Boston.

Luke was a great renter. Will totally rent hat lens from him again!

Luke worked with me for pickup and drop off ...

Luke went above and beyond. Extremely communicative and smoothed out the experience as much as he could at any given moment.

Everything went well with Luke and his equipment is in really good condition. I took some great shots with this lens. He is such a great guy and extended my rental without any problems. Will definitely recommend to rent from him.

Luke was great and easy to work with, his equipment was as listed. He was flexible with times and I would definitely rent again! Thanks!

Luke was great to rent from. Solid communication, gear was flawless, and easy pick up/drop offs. Would definitely rent from again!

Greater renter. I would rent from Luke again

Luke was great to communicate with, and lens worked perfectly!