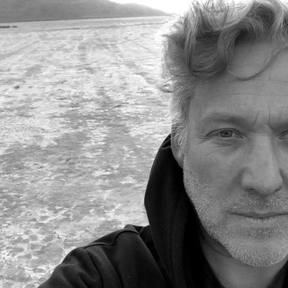 Thanks for the fun & beautiful rental, you brought everything back timely, and that's great for me. Glad nothing was missing either. Please take this story for the many things to come (-:

Voices in Stone by Ernst Doblhofer

"The Eight Languages of the Boghaz-Keui Inscriptions".-- A title even more astounding that the content of the important article. The eight languages in question obviously included Sumerian and Akkadian--but where were the six others? The texts contained a number of Indian technical words from the field of stud-farming and the training of horses. For the five other languages Forrer reserves a surprise which can be summed up as follows: Hittite is not a Hittite language! (Page 174)

"From the evening I have been convinced that the best ideas come to us while we are walking. I think of a man striding along, his chest thrust slightly forward, placing his heels firmly in the ground, his spinal column receiving electric charges favourable to swift and profitable reflection." - Professor Gelb (Page 181)

Well was that Boghaz!? Or Keui? lol. Here's a little philology from one of the joke-makers jokesters:

The Book of the Dead: Lives of the Justly Famous and the Undeservedly Obscure by John Lloyd and John Mitchinson

Hans Christian Anderson (1805-75) - His forays around Europe meeting the rich and famous did not go down well at home, and he was often abused on the streets of Copenhagen with shouts of: "Look! There's our orangutan who's so famous abroad!" Even his closest friends, the Collin family, would call him "the show-off," and it was said that there was no man in Denmark about whom so many jokes were told. (Page 30)

Ho, boy. I hope that's not me!? But if it was, I'd be like, eh? Whatever. . . Lol. Hey there's this movie called Return of the Living Dead, it reminds me of this passage from the Qu'ran, check it out:

6:95 - causes the grain and the date-stone to germinate. He brings forth the living from the dead and He is the bringer forth of the dead from the living.

Did I say Return of the Living Dead? I meant Pet Semetary! Lol, not unless you like The Golem do you wanna date-that-stone, that germ isn't attractive. What is a date stone anyway?.? Just someone you go on a date that has noo emotion.? That's a date stone? Lol.

But now I'm keepin' it real with ya. Be ready with whatever life comes at you and be prepared to spice it up!

Appraisal 1: The crab skitters side-to-side, lagging Behind the worm in the Yellow Springs.

Fathoming 1: The crab skittering side-to-side Means: His heart is not one.

The problem is not the crab's arrogance (although elsewhere Yang Hsiung inveighs against that attitude); instead, a superfluity of talents (i.e., too many legs) combines with aimless busywork to distract the crab from the most important task at hand.

Appraisal 2: Focus on the One, Then nothing is unattainable.

Fathoming 2: Attainments from focus on the One Mean: His grasp of the Way is sure.

The unlimited achievements that can be attained by anyone in the single-minded pursuit of the Way present a direct contrast to the undirected activity of the crab. (Page 83)

Thanks so much, hope this stays with you long after you've read it:

Very communicative, smooth transactions. Would do business with again 👍🏽👍🏽

Kyle was great. Very responsive and on-time for pickup and delivery. I would definitely rent to him again in the future.