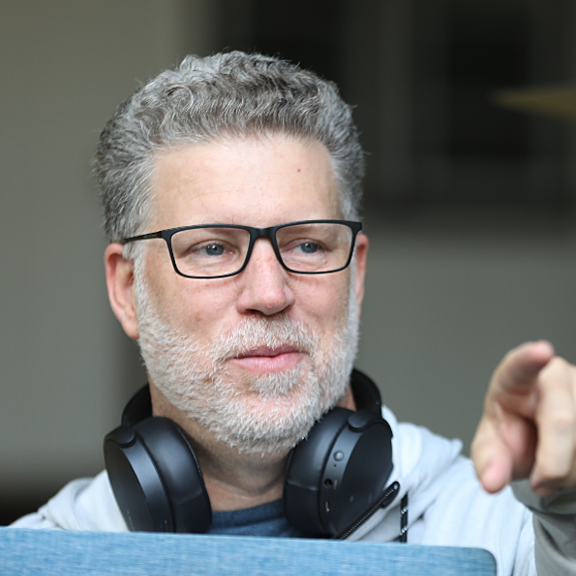 With over twenty-five years of experience in the film and television industry, Jon has written and directed numerous award-winning feature films, short films, and television pilots. He created and launched the Cinematic Arts Major at the Los Angeles County High School for the Arts (LACHSA) and chaired the department for five years before accepting a position at Universal Studios Japan, helping to develop Virtual Reality attractions for theme parks in Hollywood, Orlando and Osaka. From 2000-2017, Jon focused most of his attention on writing and directing various films and television pilots, including Still Green (Director), Breakdance Academy (Writer/Director), and Sorry I Killed You (Writer/Director). These films can be found on various platforms, including Netflix, Amazon Prime, and Apple TV. Jon, whose work has been featured at film festivals, including the HBO Comedy Arts Festival, studied at the highly acclaimed Improv Olympic with the late Del Close in Chicago.

Connor Fisher • 4 months ago.
Super nice and on time and takes extra good care of his equipment!
See More

Timothy Moua • 4 months ago.
Amazing and respectful renter. Would definitely recommend to anyone.
See More

Consume Media Entertainment, LLC • 7 months ago.
Always a pleasure renting from Jon! Equipment is always super clean and delivered with a smile. Great communication and a pleasure to work with. Would highly recommend.
See More

Pathos Entertainment Group, LLC • 10 months ago.
Jon is an awesome source for gear rentals in the Atlanta area. Very accommodating! I will definitely be renting from him in again in the future.
See More