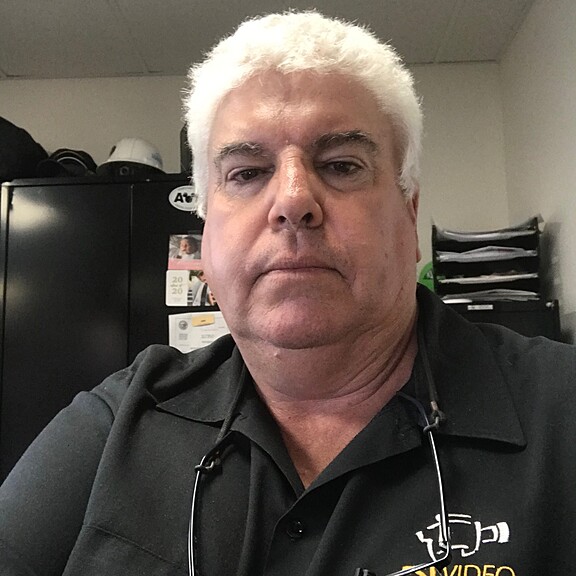 Jimm is a graduate from the University of Southern California where he received his degree in Broadcast Journalism. His first adventures in the world of TV took him to Financial News Network, KEYT in Santa Barbara and Gannett Broadcasting. In the early 1990's Jimm created Edit Systems, Inc. (ESI Video) to service companies looking for professional video production with a personal touch. In addition, he designed and installed A/V and CCTV systems and became a expert in forensic video with a Certificate in Forensic Science from Cal State Fullerton.

Jimm has continued to grow ESI Video through the analog age into the digital era and has created videos for many Fortune 100 companies including the Walt Disney Company, John Deere, Miller Coors, Boeing, AECOM among others.

Jimm's latest venture is AV Temps, an employment agency that provides professional Audio Visual technicians to the corporate world on a daily or long term basis.

Jimm's primary focus has been as a producer, director, project manager, camera operator and consultant.

New Renter! Coulda fooled me. Jimm was a total professional, who required no extra hand holding or accommodation. Thanks for making things easy.