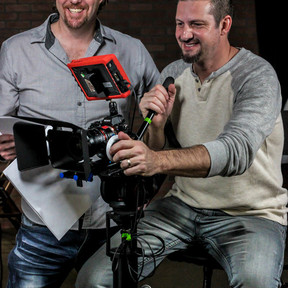 We are LA's # 1 on camera acting studio and film production company. LA Acting Studios is an on camera acting studio and film production company that offers premiere on camera acting classes in Los Angeles. Acting classes are taught by acclaimed award winning director David Rountree. David was recently listed in the Hollywood Reporter and IMDb as one of the Top 10 Hollywood directors under 40 and is known to cast members from his classes into his films, web series and commercials. Our team uses state of the art production equipment to train actors, produce award winning films and TV shows. LA Acting Studios is currently in pre production of both a SAG dramady web series for our actors and an original sitcom to be filmed at the studio for our actors (actors who appear in episodes receive an IMDb TV series credit). We love to be helpful in film and rent out our equipment to other LA filmmakers.

All went well! Thank you again!

Hey hey buddy-O, forgot if you got a c stand or not, oh well, I discounted you for it. Love how organized you kept everything :-)

Was super flexible and accommodating with everything! Even offered to pickup which was an awesome surprise. Would definitely rent again