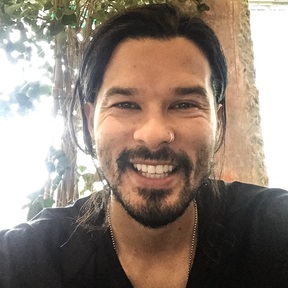 Heyyyyy, I just recently finished my FIRST Full-Length Feature-Film Debut. It's called WE FAM, RIGHT? Like many of you, I started out small with sketches, short films etc. Then, I went balls-out to do a Full-length feature. Crazy! I sought to simply make a movie that, I WANT TO SEE. So it's a brown people version of SQUID IN THE WHALE, YOU CAN COUNT ON ME, AND BROTHERS MCMULLEN. Again, I am one of you, I hardly had any money to make it, so I wore all the hats, Producer, Writer, Director, Actor, and Editor. And this is the equipment that I used.

Truthfully, I used my BlackMagic as camera B, and we got a Rokinon Lense kit to use with my cinematographers Canon C100 mii.

Can you use this kit to make a movie?? Of coarse. You can make a film on anything, ask the makers of TANGERINE. BUT, this is perfecto for those of you starting out with sketches, scenes, short films, or just wanting to simply play around with s%$@. I get it. That's why I made the price relatively reasonable so we all win.