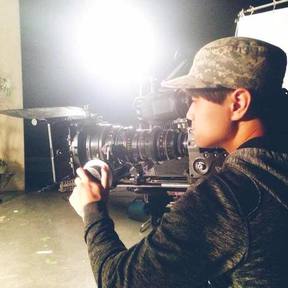 Jacky Song is a film director and producer. He graduated from the renowned Loyola Marymount University School of Film and Television, where he has devoted ninety percent of his practice to directing and producing for five years. He has extensive experience in unique suspense, drama, and romance short film, collaborating with hundreds of professional filmmakers in LA. His recent projects include The Last Silence and Lonely In The Dusk had been selected to screen at TCL Chinese Theatre for Beverly Hills Film Festival, Newport Beach Film Festival, Dances With Films, LA Shorts International Film Festival, and continues to be accepted at other prestigious festivals. Jacky is currently studying at UCLA for the professional program in Producing.

Everything was great! Jacky really worked with me, he helped a lot with the whole process. Very good with conversation and always responded quickly. And the Lenses were fantastic!

Everything was great, Jacky is great to rent from will definitely do it again

Lenses were immaculate and pickup/drop off flexibility major pro plus! Thx!

Great to rent from, lenses in perfect condition and super nice guy. Thanks Jiaxuan

Great experience With Jiaxuan. Thanks again, will rent from him again.

Everything went great! Thank you so much!

Jacky was great to work with! Very easy to coordinate times to meet, friendly, and working on an ambitious passion project! It was great to meet you!

Jiaxuan was a great renter! Everything went smoothly with pick up and drop off and I would highly recommend renting from him!

Jiaxuan was a great renter! Everything went smoothly with pick up and drop off and I would highly recommend renting from him!