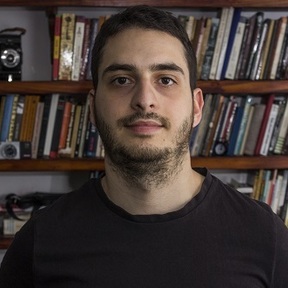 Ivan Djurovic was born in 1992 in Belgrade (Serbia). He graduated in 2017 from the Faculty of Media and Communication in Belgrade as a film director. In 2018 he started studying at Columbia University School of the Arts in New York. So far he wrote and directed three short movies: The Cage (2014), War reporter (2015), The Vine (2018)