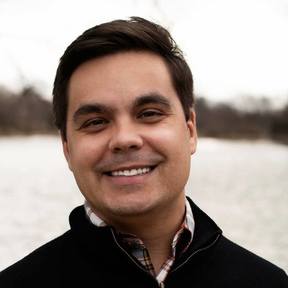 Bunee was born in Romania and lived in an orphanage until he was adopted to the United States at six years of age. He has been producing film and video content in Oklahoma for over 10 years.

He studied film production at OCCC in Oklahoma City, then graduated from Santa Fe University of Art and Design with a BFA in film in 2018. His documentary, "Bunee: The Boy from Constanta," was shown in the Cannes Film Festival and he was awarded a Heartland Emmy for directing the Tulsa history documentary, "Boomtown: An American Journey."

He has directed and filmed the promotions for The Margarita Trail for Santa Fe Tourism Department as well as the biopics for the recipients of the New Mexico Platinum Music Awards. He has worked on network productions, short and feature films, commercial production, and almost all aspects of video production.

His current film, “New Mexico Rain," is slated to show in numerous festivals. It is the touching story of Bill and Bonnie Hearne. Bonnie is totally blind and Bill legally blind. Their love, strength, and perseverance led them to being catalytic figures in the Austin music movement of the 1960s and ‘70s and later in the New Mexico music scene.

Based in Oklahoma City

Everything went smoothly, A+ Renter

Great renter and stand up guy!