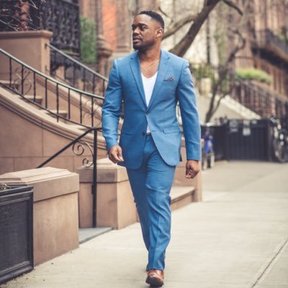 Greg Davis Jr., best known under his handle Klarity, established himself as one of the fastest-growing creators on Vine and now brings his unique sense of humor to Instagram and other platforms.

Greg was a series regular for three seasons on TBS' "10 Items or Less", had a recurring role on "Lincoln Heights", and has guest starred on "The Shield", "CSI: New York" and others. He had a supporting role in "The King of California", and "Beyond the Lights" to name a few, and just wrapped a new feature with Sean Aston and Lynn Whitfield. Greg is currently taking his first short film that he wrote and produced on the festival circuit, where he won top honors at the Best Actors Film Festival, and will also be starting production on a new feature film in the fall.

Greg can also be heard in the New Testament version of the audio presentation, "The Bible Experience", starring Denzel Washington, Forrest Whitaker, Angela Bassett, Samuel L. Jackson, and many more. Greg most recently finished two feature films, "The Eyes", and "Unbreak My Heart", the Toni Braxton biopic where he played LA Reid.

Greg is originally from Orlando, FL. and currently lives in New York & Los Angeles. Greg is passionate about fitness, empowerment and charity.

Positive experience all around. Thanks for the business!

Rental was accommodated quite well and all gear returned in great shape!