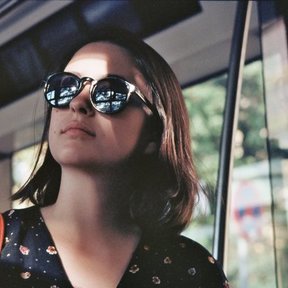 Gracie García is a Senior film major at Wesleyan University. She has a keen interest in both film and theater as an actor, writer, and director. She has performed in many theater productions and short films in and outside of school. Gracie is currently in pre-prodiction on her Senior Thesis film, writing her short film script, after spending 6-weeks studying film production at FAMU in Prague.