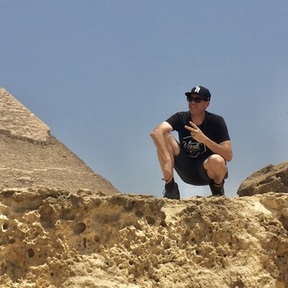 I graduated with a BA in Film and Electronic Arts from California State University Long Beach. Since 2010 I have been the Co-Owner and Creative Director of Vertex Media Studios in Orange County, CA. Working as a true "Preditor"plus, I have developed, shot, edited, and produced a number of marketing campaigns, large profile events, as well as a number of television projects. Most recently, I've been working on a new television series set to launch in 2019 entitled 'Visiting". I serve as Co-Creator, Co-Writer, Director of Photography, and Lead Editor on the project which was shot all around the world.

My skills set is varied and unique, as I am a true "Preditor" plus, with over 17 years of experience as an Editor as well as nearly 15 years working as a Producer and Cinematographer. I am fluent in Adobe Creative Cloud applications including Premiere Pro and After Effects, yet also have experience Producing large and small scale projects. I am deeply involved and have extensive knowledge of the tools of production as well including RED Camera, Canon Cameras, Drones, and much more. less

Very friendly guy! Showed up on time for pickup and drop-off. Excellent communication.

Fred was awesome. easy to work with, communicative, took great care of my gear! would gladly rent again!

it was a pleasure renting from you bro, even though follow focus had an issue.