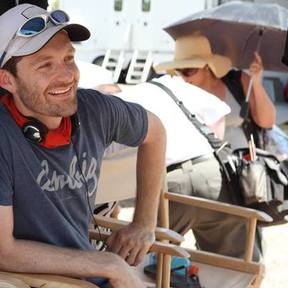 Evan Wolf Buxbaum grew up in New York City and has been making movies since he was strong enough to pick up his parents' Hi8 camera. After attending Swarthmore College where he received a degree in Political Science with a minor in International Conflict Resolution, he traveled for just under a year, visiting as many of the wildest parts of the world as possible.

Since returning to Brooklyn, his shorts and film work have screened at numerous festivals across the country while his first narrative feature, Sun Belt Express, a dark comedy set along the border between Arizona and Mexico, was recently acquired by Mar Vista Entertainment and released across all platforms in late 2014. He is an Executive Producer on two further features Band of Robbers, which was released theatrically by Gravitas Ventures and the upcoming CRABS!, which was acquired by Raven Banner in early 2016 and will be released soon.

As a commercial producer and director, Evan has worked on numerous projects for a broad range of clients from Johnnie Walker, to Nike, General Motors, Campbell's, Dodge, Toyota, Applebees, Google, NFLShop, and many more.