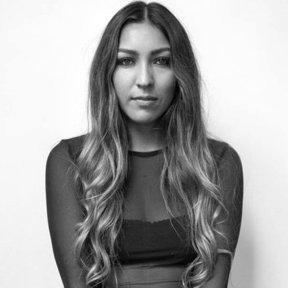 Erica Ortiz is a Mexican-American Director and Writer from Northern California. She currently lives and works out of Los Angeles.

In 2015, she received her bachelor’s degree in Film Production with Honors from California Institute of the Arts. Within her academic career, she has worked within various film sets, theater multimedia performances, and a feature length documentary production that followed a notable band alongside their East Coast tour.

She received the “Best Director” and the “Best Film” awards for her short film Ms. Match in James Franco’s Studio 4 Master Class.

In 2016, she became a personal assistant to James Franco, which brought her onto the set of HBO’s The Deuce and various other feature film productions including Kin and The Disaster Artist, all of which will premiere Fall/Winter 2017.

In Summer 2016, she directed a short film Mine, inspired by Chet Baker's "You're Mine You." Both Mine and Amara, a science fiction short, are in post-production.

Ms. Ortiz is now in production at Elysium Bandini Studios - the first philanthropic film studio, where she gets the opportunity to write and direct as well as mentor aspiring teen directors.

Daniel Deitch • 7 months ago.
It was a pleasure renting with Erica. Great communication and incredibly professional! Highly recommended!
See More

Mondays Inc. • 3 years ago.
Everything super cool! Thanks :)
See More

Aaron Rice • 3 years ago.
Erica was awesome. Great communication. Smooth pick up and drop off. The lens came back in perfect condition. A++
See More

Fanciful Fox • 4 years ago.
Erica is a great renter. She took great care of the lenses and we look forward to renting to her again in the future! 5-stars!
See More

EVS • 4 years ago.
Such a smooth rental? Gear returned early and in great condition!
See More